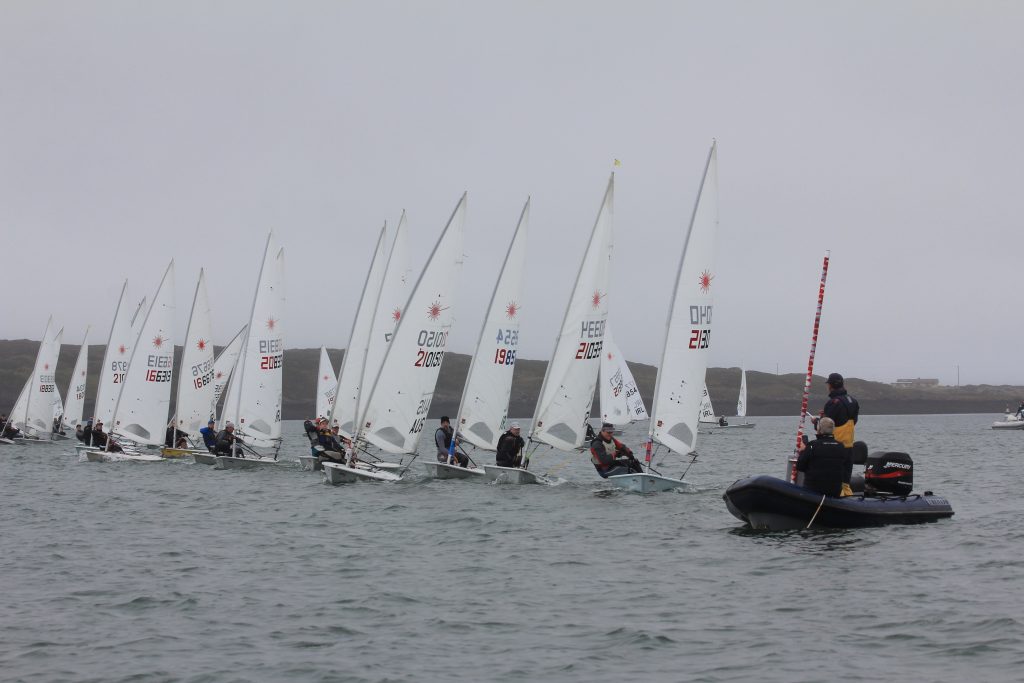 This weekend saw laser sailors from 30 clubs around the country converge on Baltimore for the annual Munster Laser Championships sponsored by CH Marine.  Ninety five sailors took to the water on Saturday morning to a light 4 – 8 knot breeze.  PRO Ciaran McSweeney and his team got two races completed for all fleets before heading for home.  Overnight leaders were Jonathan O’Shaughnessy in the 4.7’s, Clare Gorman – radials and Ronan Wallace in the standards.

On Sunday morning a blanket of mist shrouded the harbour but fleets launched and racing got underway after a postponement waiting for breeze.  The largest fleet racing was the radials with 38 sailors competing for the first regional title of 2019.  It was also some great race training for the radials and 4.7’s as many of the young sailors competing will also take part in the Irish Sailing Youth Championships being held in Royal Cork Yacht Club this coming weekend.  It was great to see some new faces joining the familiar faces racing this year – one Cork standard sailor was returning after a 10 year hiatus from racing!.

The PRO and his team got two races completed on Sunday under a misty sky with similar breeze to Saturday but without any sunshine.  None of the overnight leaders held their spots due to the competitive racing as the results were updated after each race.

The 4.7 fleet was won by Hugh O’Connor (NYC) at his first 4.7 event having moved from the topper fleet last Autumn.  Jonathan O’Shaughnessy (RCYC) secured 2nd place and club team mate Cillian Foster was 3rd with two bullets recorded on Sunday.  It was also Cillian’s first Laser event, as I mentioned lots of new faces.  First Lady and fifth overall was Alana Coakley (RStGYC).

The Baltimore team of volunteers worked their magic again this year to ensure the success of this annual event.  Thank you to all who assisted across the various areas – registration, mark laying, committee boat, finish boat, trolley pulling, tally numbers, sandwich making, safety boat cover, results to name just a few of the many jobs!.

Commodore Niall O’Neill presented prizes to the winners at the prize giving yesterday evening and thanked all the sailors for racing and the Irish Laser Class for hosting the event in Baltimore.

Full Results can be found here.

Photos can be found here in the Club Gallery. 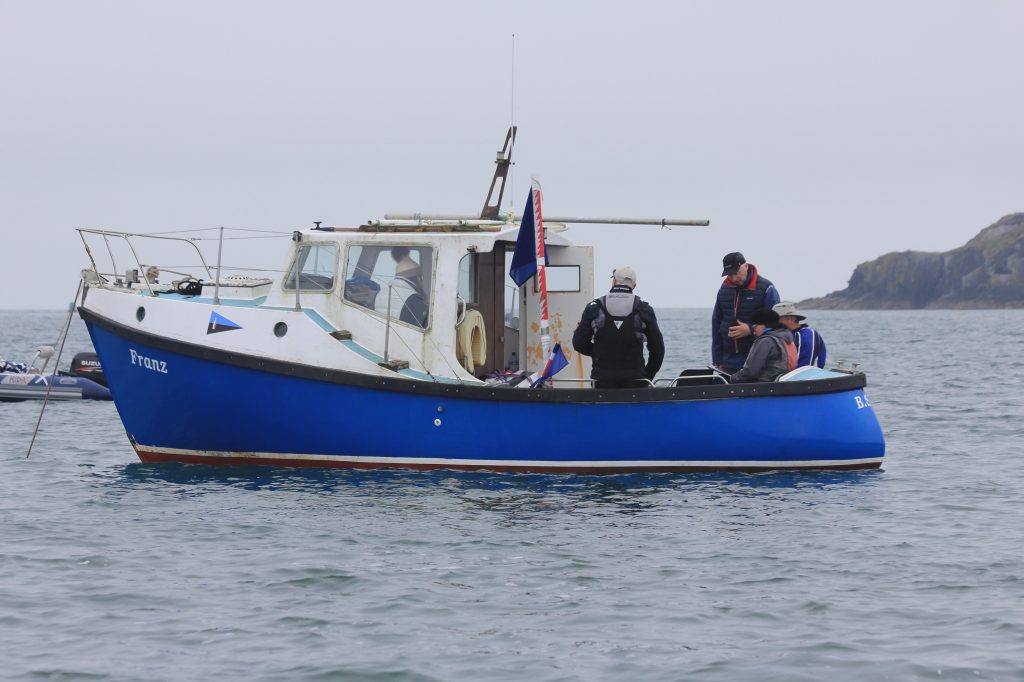 “Franz” back on the water as Finish Boat