Previous Next
Racing in Baltimore Harbour

There was great fun to be had in the harbour yesterday!.  The July Lousy Cup Dinghy League continued yesterday morning with 37 dinghies taking to the water.  Unfortunately the breeze died mid way through race one so the race was abandoned by Race Officer Charlie Bolger.  Whilst waiting for the breeze to return the sailors enjoyed the Mediterranean conditions by practicing their capsize drills and swimming.   Despite not having paddles most made speedy headway around the harbour (as can be evidenced in the photos of the morning in the club gallery here). 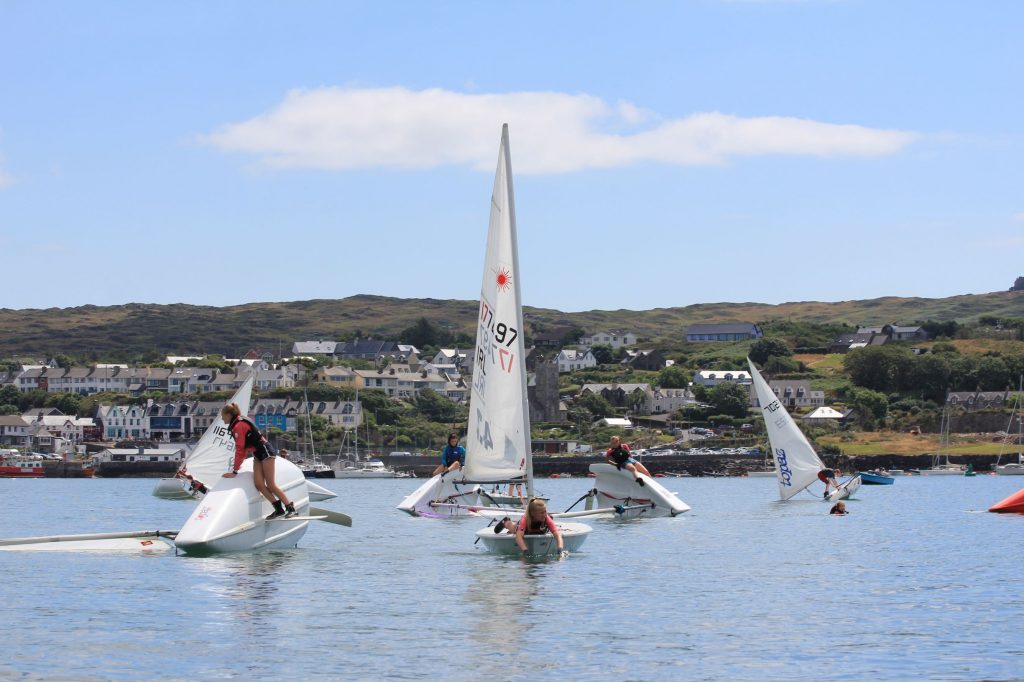 In the early afternoon the Sloops and 1720’s were greeted by a sea breeze and Race Officer Colette O’Flynn and her team got racing underway in glorious conditions.  Despite an oscillating breeze three races were completed for the five 1720’s who competed with “Two To Tango” – Peter O’Flynn winning the Newham Plate.  Commodore Niall O’Neill commented at the prizegiving that it was great to see so many young sailors racing across all the boats and was delighted to welcome another skipper to the fleet and congratulated Pat Tanner on his first day.

More photos from the day can be found in the 1720 & Sloop album here. 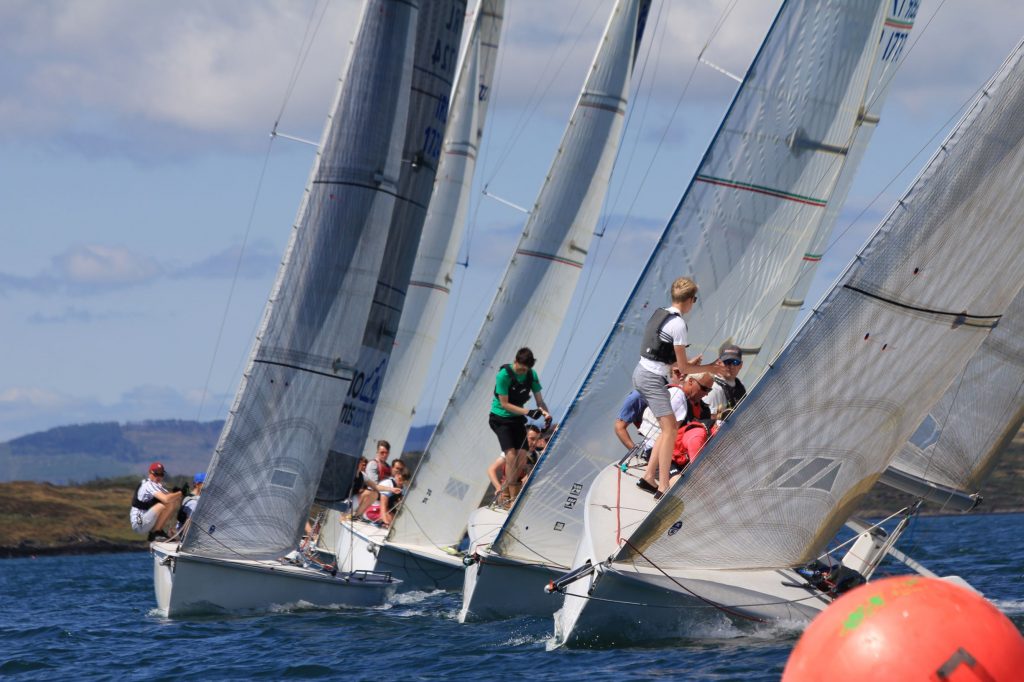