Sunday 11th August dawned and thankfully the weather conditions that led to racing being cancelled on the Saturday had all blown through.  Sailors arrived at the club at 0830 hours for registration and then took on the task of rigging the topaz for racing with three spares “just in case”!.

This trophy was presented to the club by George David and encourages young sailors to compete as helms or crews with a combined age of no more than 30 years per dinghy.  The competition sees two teams race – 2 boats versus 2 boats.

The sailors were briefed on their team allocations by Maria Coleman and Sheila O’Sullivan and Race Officer Tom Hegarty went through a number of team racing technicalities.   Jury for the day were Colin Lyden, Florence Lyden and Jim Griffiths and were introduced to all.  Change over RIBs were kindly provided and manned by Peter O’Flynn, Andrew Turvey and Glenn MacCarthy.

With the race track set up racing got underway in light and shifty conditions.   At times challenging the race management team of Tom, Marie Daly, Dee Griffiths and Sheila O’Sullivan in the start boat.  The finish boat was crewed by Charlie Bolger, Thierry Dubernet and Paul Hegarty.

After the initial 23 races were completed all crews had four races completed.  The semi finals were then run with Rosa Lyden competing against Eoin Horgan’s team of Richard Buckley, Ali McCarthy and Hughie Casey.  Rosa’s team progressed into the final.

Rosa’s team won two of the final three races and was the winning captain for the Rambler 100 Trophy.

Vice Commodore Charlie Bolger thanked everyone for their assistance in running this annual event and Niall O’Neill presented the Rambler 100 Trophy to the winning team. 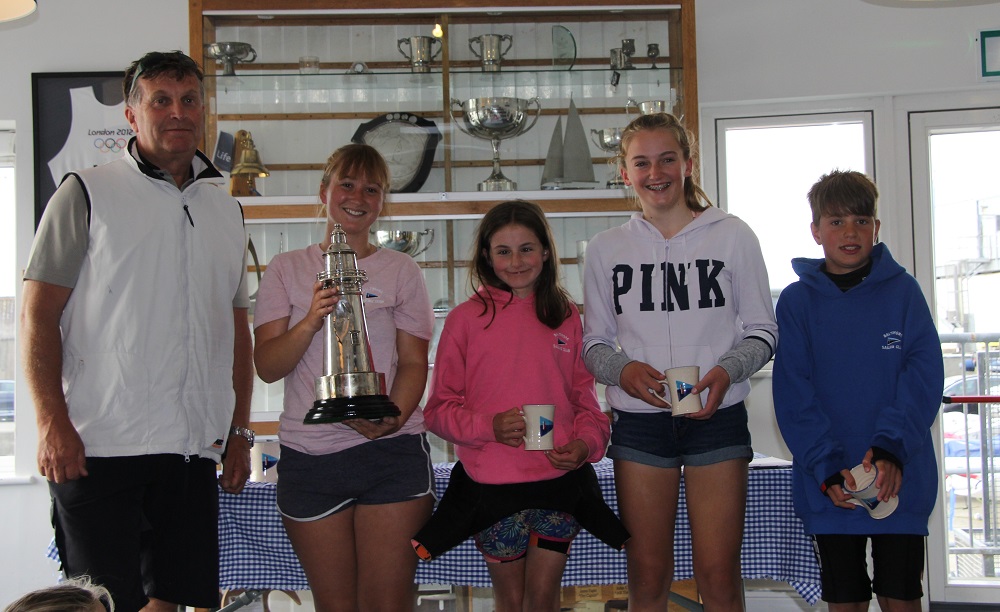 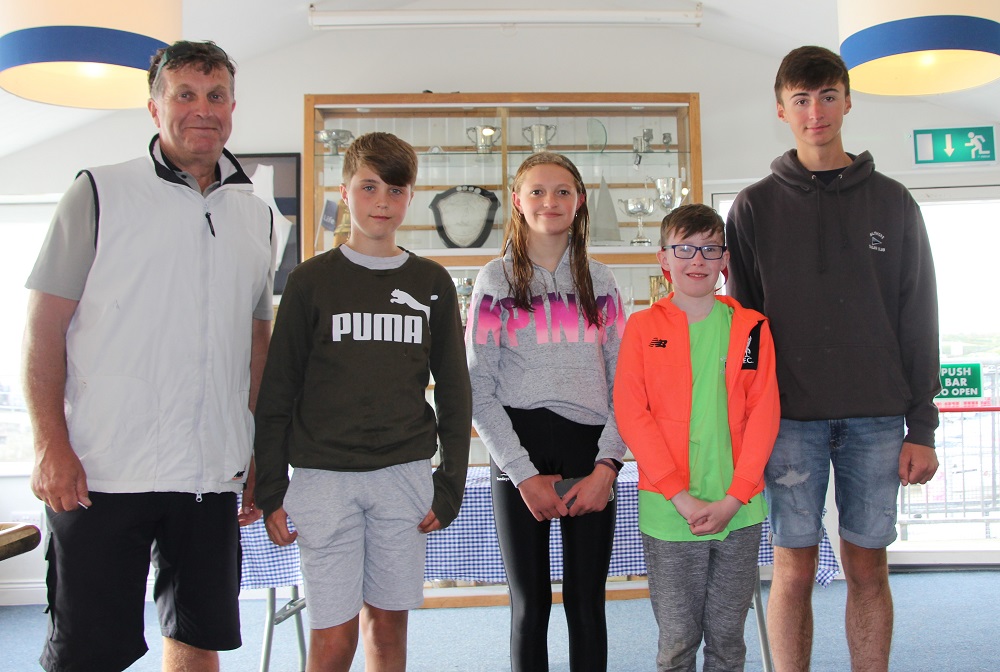 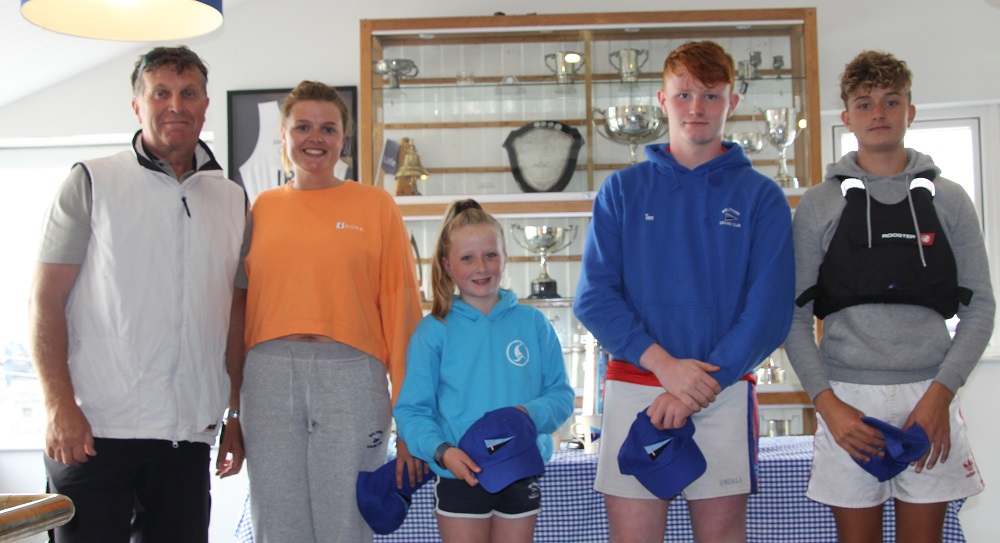 Photos from the day can be found in the club gallery here.