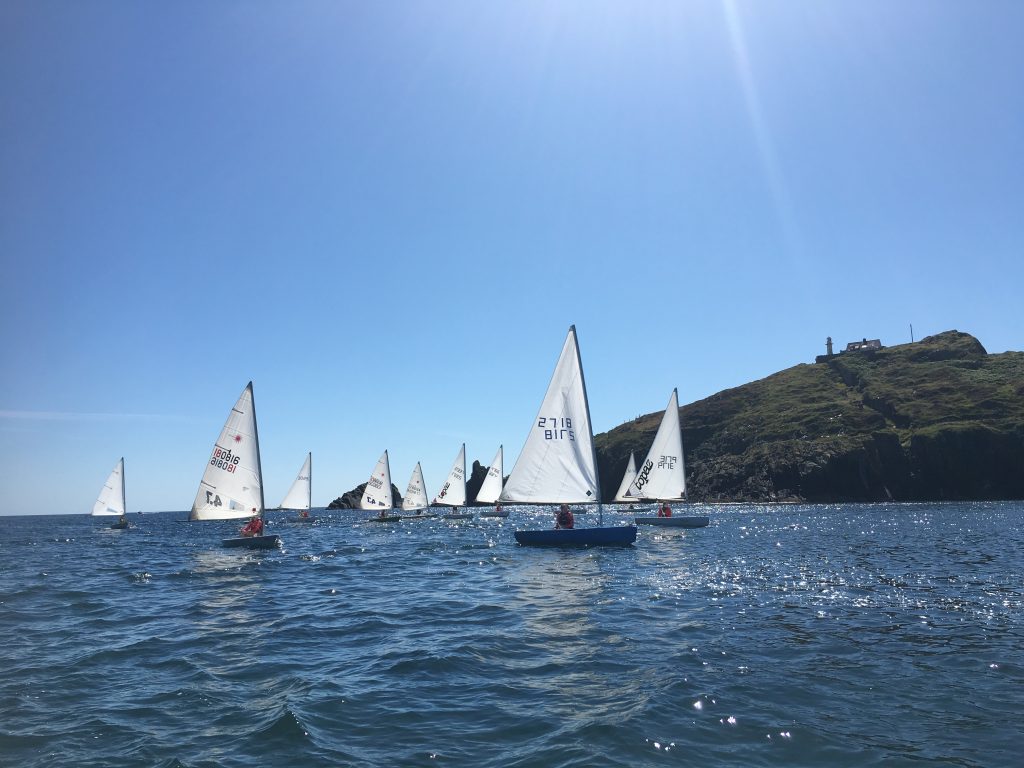 Clinic 2 came to a close last Friday with our sailors enjoying beautiful conditions throughout the last week of sailing.  Well done to all the sailors, instructors and boat stewards who made this course so successful despite the regulations we have in place this Summer.

Clinic 3 commences on Monday 3rd August and runs for two weeks (for level 3 & 4 standard sailors) – if you are interested in your sailor take part in this please contact Sheila O’Sullivan ASAP.

The Lousy Cup continued on Saturday and Philip O’Connor and his team ran racing for 20+ sailors and results can be found here.

Saturday afternoon produced great racing for the seven 1720’s on the water and Colette O’Flynn and her team got three races away.  The fleet racing was tight with Fionn Lyden winning the first race on Spiced Beef and Rob O’Leary on Dutch Gold taking the second race of the day.  The final race went to Ben Cooke on Smile n Wave. There were some retirees due to fatigue (think it was gear fatigue!).  Overall results can be found here.

Five Heir Island sloops took to the race course no doubt practicing for their Worlds Regatta this coming weekend.  Declan Tiernan and Marty O’Driscoll continued their impressive winning streak of all bullets.  Overall results can be found here.

Club Merchandise – a final drop has been added to the online store so if you order by August 10th you can expect pick up the week beginning 24th August.

Below is a short video of the Sloops pre launch and shots from racing over the past number of weeks taken by Deirdre Horgan.

Any cookies that may not be particularly necessary for the website to function and is used specifically to collect user personal data via analytics, ads, other embedded contents are termed as non-necessary cookies. It is mandatory to procure user consent prior to running these cookies on your website.